So I’ve been told that the airlaw exams can sometimes be a tricky one to pass over here. But not for the reasons you might think. They are not too difficult to pass, but one just hopes that the person marking your paper aligns the memorandum correctly. In spectacular bureaucracy fashion, I went all out and wrote word for word what they required for the open book section. It left me writing 5 full pages and a slight carpal tunnel syndrome in my right wrist.

The airlaw is archaic, I had a chuckle when I saw “Updated 1995” in the airlaw book. Other than that, it has a very British feel to it (Zambia once was a British colony) and the font looks like that of a typewriter!

I was surprised to learn that the currency is easy to work with and very similar in value to the Rand. As of writing 1 Kwacha is equal to 1.25 Rand. “Kwacha” means “dawn” in Nyanja, the most spoken language in Zambia. One can only suspect that they chose this word, as it alludes with the nationalist parties slogan “a New dawn of freedom”. Inflation is steady at just over 10%, however, this was not always the case. Hyperinflation over many years had made the Kwacha into unworkable denominations. So in 2013, the government redenominated the Kwacha by slashing three zeros from every note and re-printing notes. Comma shifting seems to be a thing in Africa.

One of the gardeners, Innocent, wanted a lift into town and having not much to do, I happily took him. The extremely friendly fellow with a big smile on his face, a conversation ensued. I showed him the two massive mozzie bites on my arm and asked him what he thinks the chances are that I’ll get malaria. He replied “Yes yes, malaria…plenty malaria here” So I tried to clarify. “Do you think I have malaria?” … “Yes yes, malaria…plenty malaria here” Hmmm…all I have on my mind is that the mosquito earned the title of killing the most amount of people out of any animal.

I’ll leave you with a couple of photo’s, all of which I took, walking distance from where I stay. Somehow it makes me feel as though I’m inside the world of Farcry II, with the untouched nature and cellphone towers scattered. Plants thrive here and it is easy to notice that mother nature is the protagonist in this part of the world. 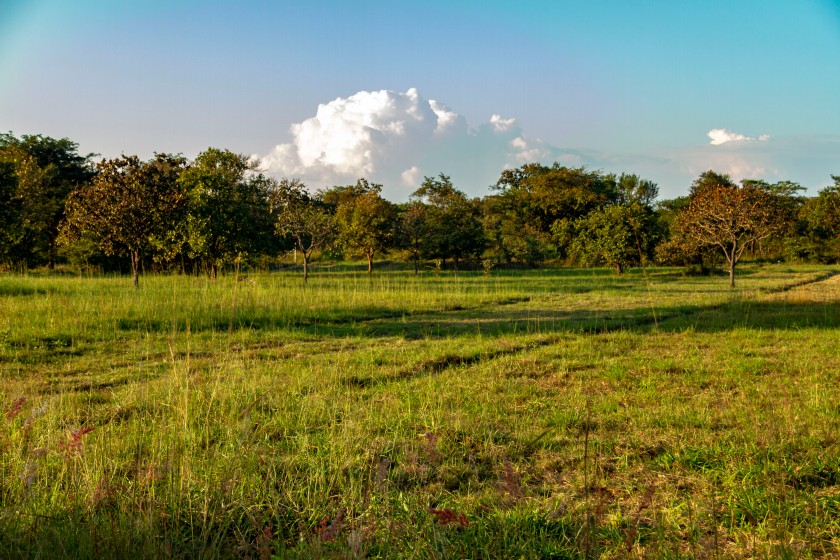