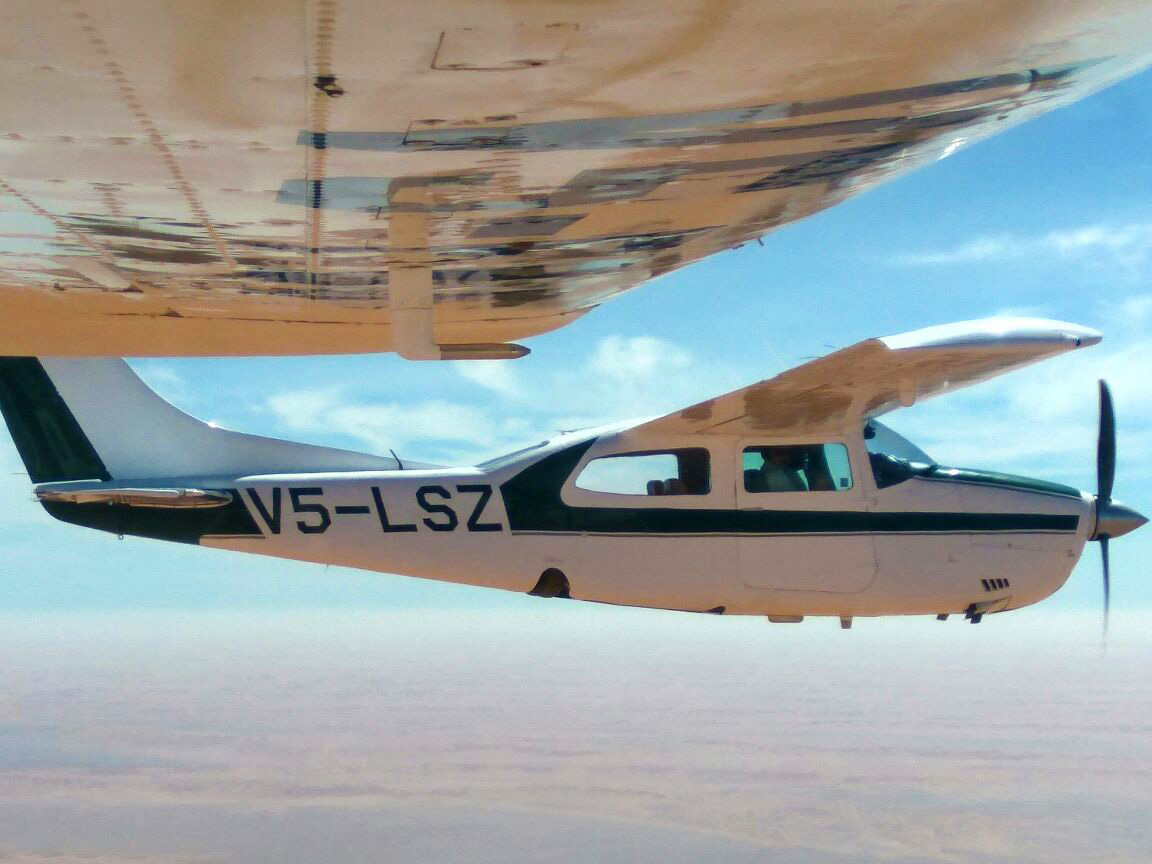 Every once in while a VIP shows up and this time it was my turn to be the VIP’s personal pilot for the day. It was strange that the company gave me these flights, as they were usually done by the experienced freelance pilots who have thousands of hours flight time over the whole of Namibia in bush planes. Film crew and scouts are notorious for being scared of small aircraft and typically request two experienced pilots on an aircraft for which one pilot is the norm.

The person I was flying was Tom Albanese. He has held several managerial positions and was the CEO of Rio Tinto, one of the largest metals and mining groups. Being on the Forbes list, and having had a generous $12,596,000 in compensation for 2007 alone, he sure must have acquired serious moolah over his lifetime.

I departed at the break of dawn out of Arandis heading to Eros, Windhoek where I would meet his chauffeur/bodyguard. This big guy gave me a quick rundown of Tom’s accomplishments and history. After this, I met Tom and we departed Eros for Sossusvlei, the tourist mecca of Namibia. Shortly after getting airborne, he pulled out his iPad and started reading a book. I thought to myself; he is either scared of heights and doesn’t want to look outside, or he is completely comfortable and unfazed by any turbulence we encountered. He is definitely the more studious kind of person!

Arriving early at Sossusvlei, we had a quick coffee before going on the excursion to Deadvlei and Sossusvlei. Lunch with him was great and the chat with him was extremely interesting. His knowledge of minerals, mining and management is staggering.

From Sossusvlei, I showed him to the beautiful and largely inaccessible coastline where I could showcase some of Namibia’s finest scenic features. Some of the features are the two shipwrecks (Eduard Bohlen and Shawny), diamond camps, the great wall of sand (Langewand), colourful saltpans and a variety of wildlife at Sandwich Harbour. After a quick fuel stop in Swakopmund, it was time to take him back to Windhoek.

The company gave me company shirts and caps to give to him as complementaries. It was very ironic when he said that it was too much and I should take some for myself. I was never given a company shirt and was told I had to earn it first! It is industry standard to have at least a company shirt with the insignia on it, and it is easy to see why. The obvious reason is branding and secondly, it makes you feel as if you are part of a team which contributes to company pride. Strangely though, this was not the only quirk the company I worked for had. The company never gave passengers hearing protection which I thought was a disgrace, especially on multiple long flights. Unfortunately, it is very noisy (83dB in the cruise) in a Cessna 210, and it is something that severely detracts from the experience if you have no means of making it quieter.

After a long day, it was time to fly back home, Windhoek to Swakopmund into the sunset. Tired, but enormously happy that the whole day went without a hitch!

Here is a youtube video on the typical scenic route, enjoy!