The aircraft has been prepped and the day has finally arrived for me to head to the bush. I routed via Jeki airfield, Lower Zambezi, to pick up an Australian couple who would join us at Tafika, Luangwa Valley. It was a quick sprint from Lusaka to Jeki in the cool morning air as the new engine still required to be operated at high power settings for the run in. The take-off out of Jeki, I thought would be a rather interesting one. I had eight people’s luggage, two of them that were missed on a connecting flight and a short (860m useable) runway.

I consulted the take-off roll and climb to 50ft distance graph to get an idea of how ascendable we would be. The theory held up and it was a piece of cake for the mighty C210. She climbed away gracefully to meet the African fair weather cumulous at FL075. Only an hour and 40min, Mwanya airfield was in sight, a distance that would otherwise take two days by 4×4.

From the air, one can see that this place is truly remote. Elephants are abundant and some greeted us on the 15min drive from the airfield to the lodge. 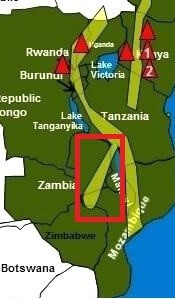 The Luangwa Valley is a minor arm of the Great East African Rift Valley (4000km long) which contains Lake Tanganyika and Lake Malawi. It is caused by tectonic plates that had enormous forces on each other over thousands of years and created a series of valleys where nature thrived.

Rainfall is also plentiful, +-800mm a year but not extreme, which would otherwise leech valuable nutrients from the soil.  It is pure ecstasy for anyone who has a veneration for untouched wilderness. It was no joke when I was told: “Bring a good torch, one of the previous pilots had an encounter with a lion on his way back from dinner to his chalet”! I saw this elephant from my window on the day that I arrived.

Later that evening before the guests returned from their game drive, a cobra had made its way into the Australians’ room! One of the watchmen were spat at. We attempted to catch it, but in the process, it was scared off and not seen again. Fortunately, Aussies know their way around snakes, but it was courtesy to offer them another room which they gladly accepted. 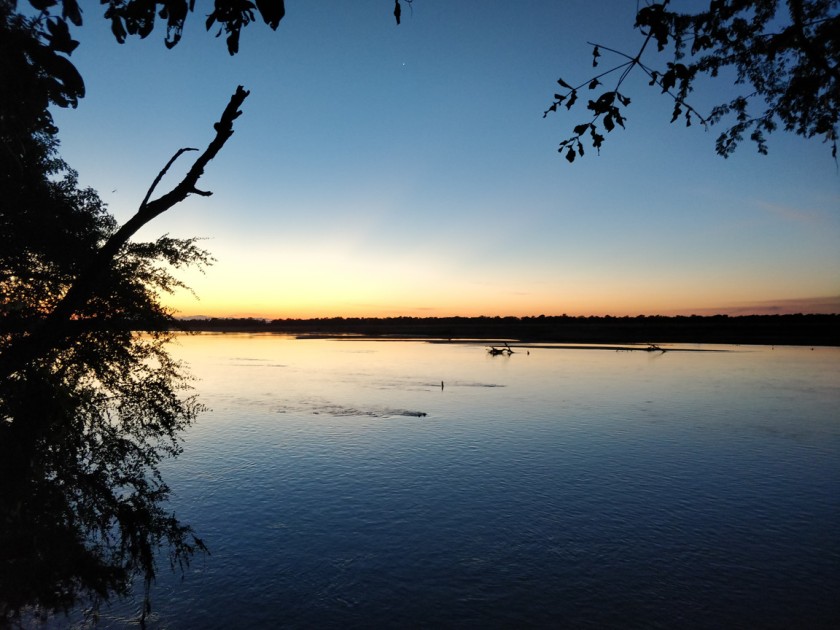 I’m definitely looking forward to what the Luangwa has to offer and the experiences yet to come!