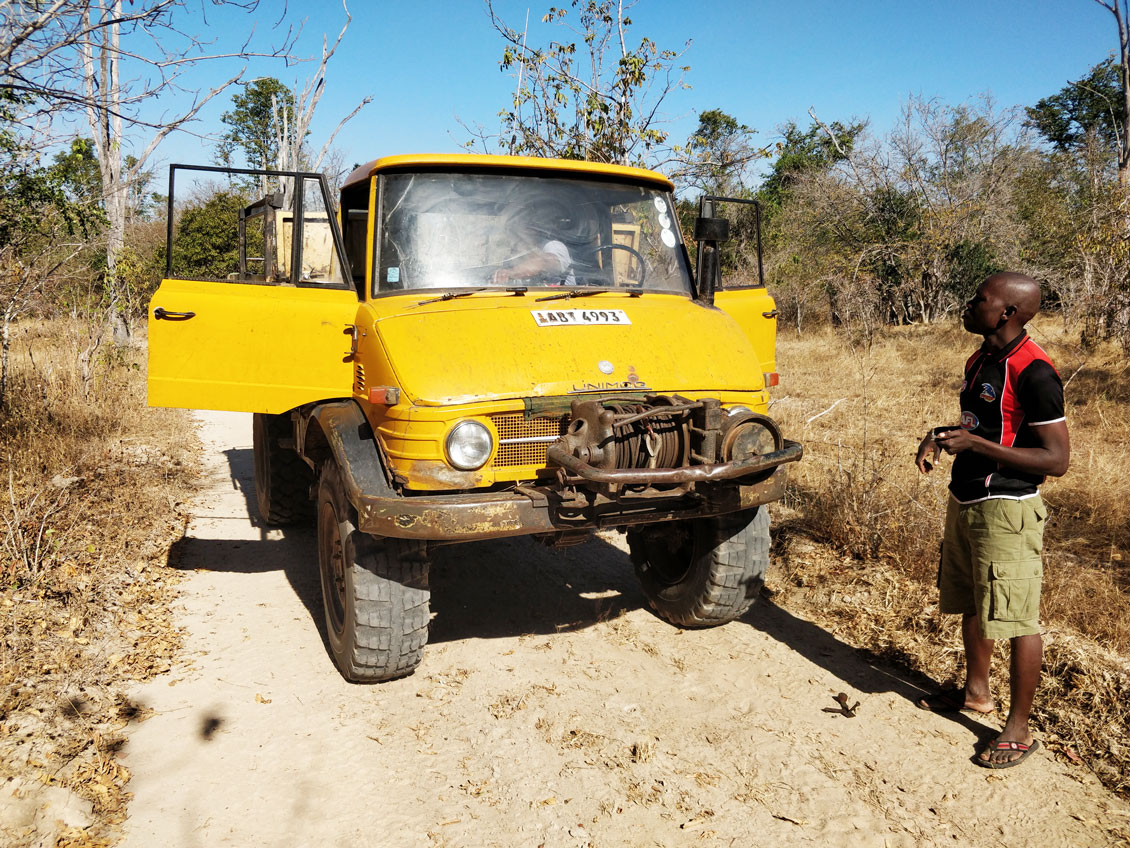 You will not have the faintest idea of what the day might bring you when you’re working so far from civilization. This is what makes the African continent intriguing and full of adventure! The problems we encounter here would be strange and bewildering for anyone who lived their whole life in a wealthy and well established first world country. I suppose we find their problems just as perplexing and sometimes ridiculous such as the rail companies in Japan apologising for departing 20 seconds too early. Man will always find something to complain about I suppose. Friday 8th of June…

Everything looked good to be airborne at 07h30. The mission was to install a dish and find a fix on a satellite in order to have internet at our camp in the North Luangwa national park, Mwaleshi. The route followed the snake-like Luangwa river for 30 minutes (8 hours by vehicle).

It is a fascinating river with plenty of tributaries, lagoons and pods of hippos at most of the confluences. We landed on a dirt strip with buffalo puddings everywhere! It was unavoidable to dodge, even when taxiing at a slow pace. I have not seen so many shits in one place!

We drove in the Unimog to Mwaleshi camp, 15min away through Mopani forest and the last stretch through the Mwaleshi river. We quickly went to work setting up the dish, but other equipment which was still in the aircraft was needed. Two other guys and I went to fetch it. Almost at the aircraft, all of a sudden, the driver shut down the Mog and got out. I tried to figure out what the hell was going on. He held up what looked like the accelerator pedal! The shaft had broken off and now we had no means of accelerating! After 30min of bush mechanics trying everything, it was irreparable but a plan was made where the passenger could control the throttle with a huge wrench he stuck into the engine bay, which looked very sketchy. Needless to say, we did not attempt to cross the river in this state.

After thinking how we should go about the problem, we radioed the neighbour and asked whether we could use his welder. We then headed back to the aircraft, this time through the river on foot, drove the limping mog to the aircraft, took off and landed at Lubonga Marula 10min later. They welded the shaft, we flew back and fitted it into the Unimog. Job done! Now it was just getting a fix on the satellite before we could head back home. After struggling for quite some time, it was established that the dish was warped and therefore the signal was not strong enough. No problem, bent it into a better shape by hand over a table, and voila! Internet up and running!

Just another day in the bush. Cheers!

One thought on “Expect the unexpected…”